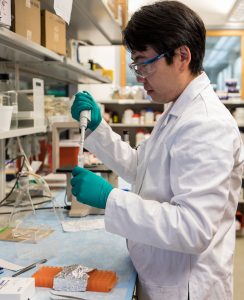 The field of biotechnology grew from recombinant DNA procedures. Using these procedures, it is possible to manipulate genetic sequences, introduce this DNA into a variety of target production organisms, and define the expression properties of these genes in the new organisms. Cells routinely produce thousands of compounds that would generally be impossible or too costly to chemically synthesize. But recombinant DNA technology enables the reprogramming of cells to produce valuable new products, which do not occur in nature, or which occur in places, such as human cells, which cannot readily be used for production. Some examples of this technology include: